Sad sad news in the fashion world today. Betsey Johnson filed for Chapter 11 bankruptcy protection. 😦 I knew things weren’t going well, because my local store has a sale EVERY WEEKEND!! 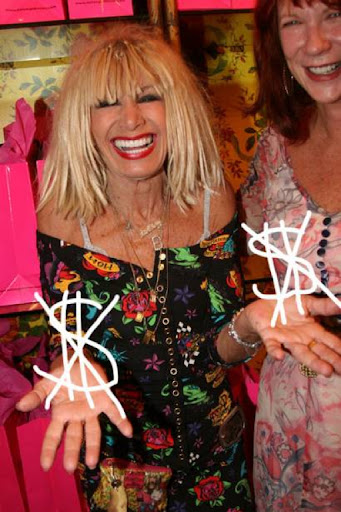 According to WSJ, ” The Chapter 11 filing by Betsey Johnson LLC will see most of the chain’s 63 stores close, a person familiar with the matter said. Steven Madden Ltd., which owns the Betsey Johnson license, likely will keep four or five flagships in New York City and a few other cities, the person said.

The company employs about 400 people. Its largest creditors include Haskell Jewels, American Express and FedEx Corp., according to the filing.

She founded her label in 1978 with former model Chantal Bacon. The brand has since become known for flamboyant fashion shows featuring punk-rock looks, mini dresses, and at times even doubloon-tossing pirates and Playboy Playmates.

In 2010, Ms. Johnson and Ms. Bacon sold a stake in the business to Boston-based private equity firm Castanea Partners. Steven Madden came into the picture that same year after the company breached loan covenants and was forced to restructure its debt. Steven Madden holds a 10% stake in the company and owns its intellectual property, and Castanea holds the remaining 90% stake.

The 2010 restructuring wasn’t enough to make the company profitable again. In court papers, Betsey Johnson Chief Financial Officer Jonathan Friedman, blaming the U.S. recession’s effect on “higher-end fashion apparel brands,” said sales at the company’s retail stores have fallen by more than 20% since 2007 and profitability has declined by more than 50%.

The brand operates in the luxury space, with dresses and jewelry easily pricing in the $400 range. While luxury retail has bounced back sharply from the recession, outpacing the rest of the apparel industry, Betsey’s retail stores’ audience skews younger, which put the chain in competition with lower-priced retailers.

The brand’s wholesale division has performed well, with revenue up 50% over last year, a person familiar with the matter said.

Steven Madden licenses the brand to a number of companies across categories such as shoes, swimwear and intimate apparel. Ms. Johnson is expected to go work with Steven Madden, a person familiar with the matter said.

Despite planned store closings, shoppers will still be able to find Ms. Johnson’s designs at department stores such as Bloomingdale’s, Saks Fifth Avenue and Nordstrom, the person said.

Seems like this is just a bad time for Betsey Johnson. I hope with the major cuts the company can overcome the problems & succeed again.