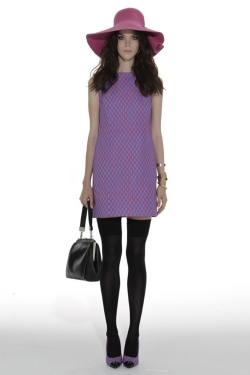 No Miss Wu is not Jason Wu’s mother… It’s actually his new line that will be exclusively be released to Nordstrom for the first year that it runs. Miss Wu will released in 49 Nordstrom locations & Nordstrom.com this coming January.

The Spring 2013 line will be 40 pieces with the price point between $195- $795. He plans on expanding the line in 2014 collection.
When asked on the difference between Jason Wu & Miss Wu Jason said, “I always see Jason Wu [the collection] as my aesthetic, my design sensibility. Miss Wu is my personality. It was really fun to explore that facet of who I am — slightly more downtown, and with a more relaxed attitude.” He also goes on to say the line was inspired by images of Jane Birkin and Marianne Faithfull from the 60’s. Expect to see: girlish floral prints, A-line dresses, miniskirts, & bow details.

Who will be waiting outside Nordstrom for Miss Wu?