Being that we are in the mist of the London Olympics, I thought I would showcase someone I have been inspired by. Florence Griffith-Joyner aka Flo Jo was a controversial olympic track & field star. She is still deemed, “the fastest woman in the world”! After her gold medal winning run at the 1988 olympics. 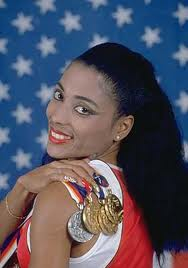 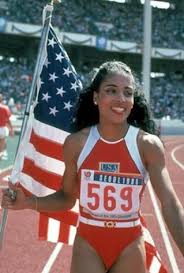 Through all of the struggles she went through, I loved that Flo Jo always stayed true to herself. After her olympic wins, she was accused of taking steriods to help her wins. She held her ground that she never took an performance steriods and never failed drug tests given to her.

Besides her drug controversy, was also brought controversy on her to the track. Flo Jo was most known for her long nails that she always rocked. They became her signature accessory when she was on the track. 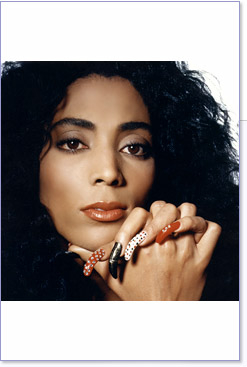 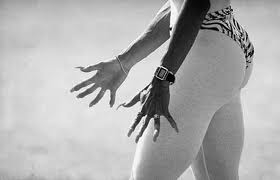 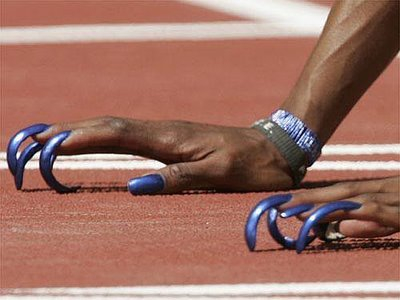 She was the Lasy GaGa or Nicki Minaj of track. She wore outfits that shocked the sports world, but no one had ever wore anything that daring before. 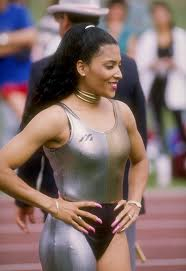 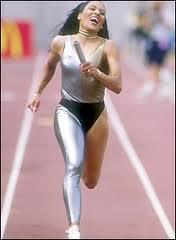 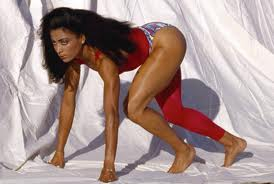 These one legged outfits with briefs over them…. What? Flo Jo was way before her time. American Apparel should confess and just say they were influenced by her. 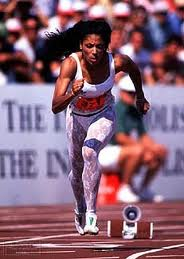 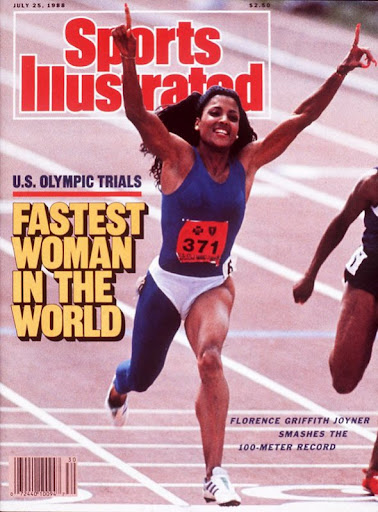