I feel my whole childhood coming back to me when I listen to, “Suit & Tie” by Justin Timberlake. I remember listening to NSYNC back in the day and fantasizing about meeting him one day. Now here he is married (*sigh*) finally releasing another album with a hit single after a six year hiatus.

Justin will also be performing on Sunday at the Grammy Awards. This will be his first Grammy performance in four years! Do you think he will be doing a melody of his old hits? Just ‘Suit & Tie’ with Jay-Z? OMG! Maybe a NSYNC reunion??? Oh, the possibilities!

With his new life as a married man, I love the suave clean, cut look that Justin is giving now. Justin has come a long way from the early on curly NSYNC era look and the shaved, rugged look from Futuresex/Lovesounds Era. Justin now has his hair straight and slicked back and he keeps his suit and tie very fresh! “As long as [he] has [his] Suit & Tie”, right? He has clearly been inspired by the 60’s and 70’s through his music now and I am excited for what the future holds for JT! 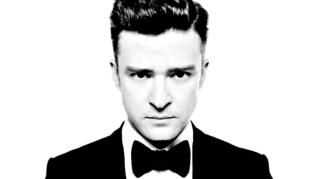